5 Communication Differences in the Workplace Between Men and Women Imagine everyone at your workplace sitting around a large table. Your company just welcomed a new CEO, and all of the employees are going around the table introducing themselves. The new CEO has asked everyone to share their name and what they do.

Do you think the men and women would respond differently?

If you answer yes, you are correct! There are significant differences in the ways men and women communicate. Though it is important not to stereotype, psychologists and researchers have found specific communication patterns exhibited more by one gender than the other.

Effective communicators understand these differences and can tailor their communication style accordingly.

At Bossibly, we want to help you level up your communication skills, so we’ve laid out five communication differences in the workplace between men and women. 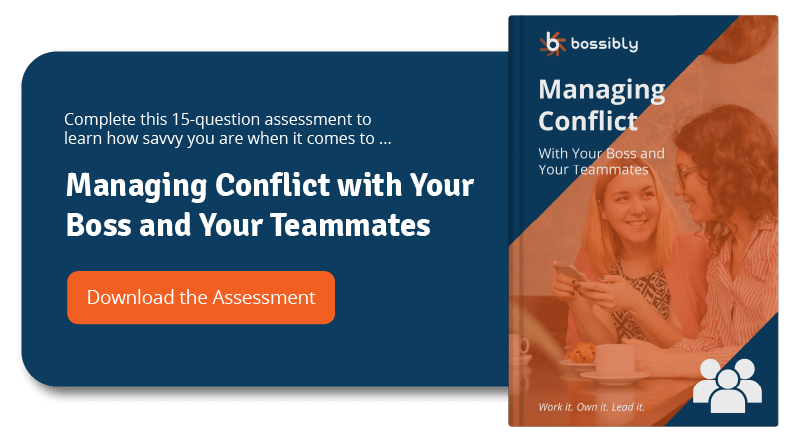 We are all familiar with the anecdote of a man refusing to ask for directions. There is some truth to this, as men ask fewer questions than women. When men ask a question, it is to gain information, and they are looking for facts. Women, on the other hand, ask questions to show interest and build relationships.

2. Women Hedge, Especially When Asking for Something

“I’m so sorry to trouble you. I know you’re busy, but if you get a moment, could you review this report? Thanks so much! If not, no problem.”

“Can you review this report for me? Thanks.”

Although the intent is the same, the contrast in language and tone is evident. The first sentence contains more hedge words, which are used to soften a sentence. The use of these words is called hedging, and it is one of the most common communication differences in the workplace between men and women.

Women use more hedge words so they aren’t perceived as rude. There is some debate on this topic, with some arguing that women undermine themselves when they do this. However, many linguists and psychologists state that hedging serves a purpose and is considered more polite.

Both sides can agree that hedging is a gendered practice and more commonly used by women.

If you observe a group of men speaking, you won’t see much body language. They are more likely to keep their arms to the side or across their chest as they don’t show emotion with their bodies like women do.

Women are much more expressive than men and use body language to display emotion. So, when you watch a group of women having a conversation, you are more likely to see them using their hands. Men and women also differ in touch, eye contact, and physical space.

If you are working on a team project, the goal is to take a collaborative approach; however, this is not always the case. Although there are benefits to men and women working on the same project, differences in communication style and decision-making can cause frustration.

According to the Harvard Business Review, women carry more of the weight for group projects. Further, women are more willing to ask others if they need help, as they view helping others as the best form of teamwork. Alternatively, men believe that completing their own job is the best way to be a team player.

5. Men Talk More Than Women and are More Likely to Interrupt

Although the stereotype suggests that women are chattier than men, studies have found the opposite. For example, one study asked male and female subjects to describe an image verbally. The average description for the women was three minutes, where the average time for men was 13 minutes.

The list of differences could go on and on! The list is so extensive there is an entire specialized field called gendered communication that studies the differences in how men and women communicate.

You can bridge the gap in gendered communication at your workplace by paying attention to these differences. For example, if you are experiencing a conflict or find yourself in a workplace standoff, reflect on gendered language. Sometimes tailoring your approach—like being more direct and factual when speaking with a man—could help get your point across.